The Baplink Graduate of Influence Award 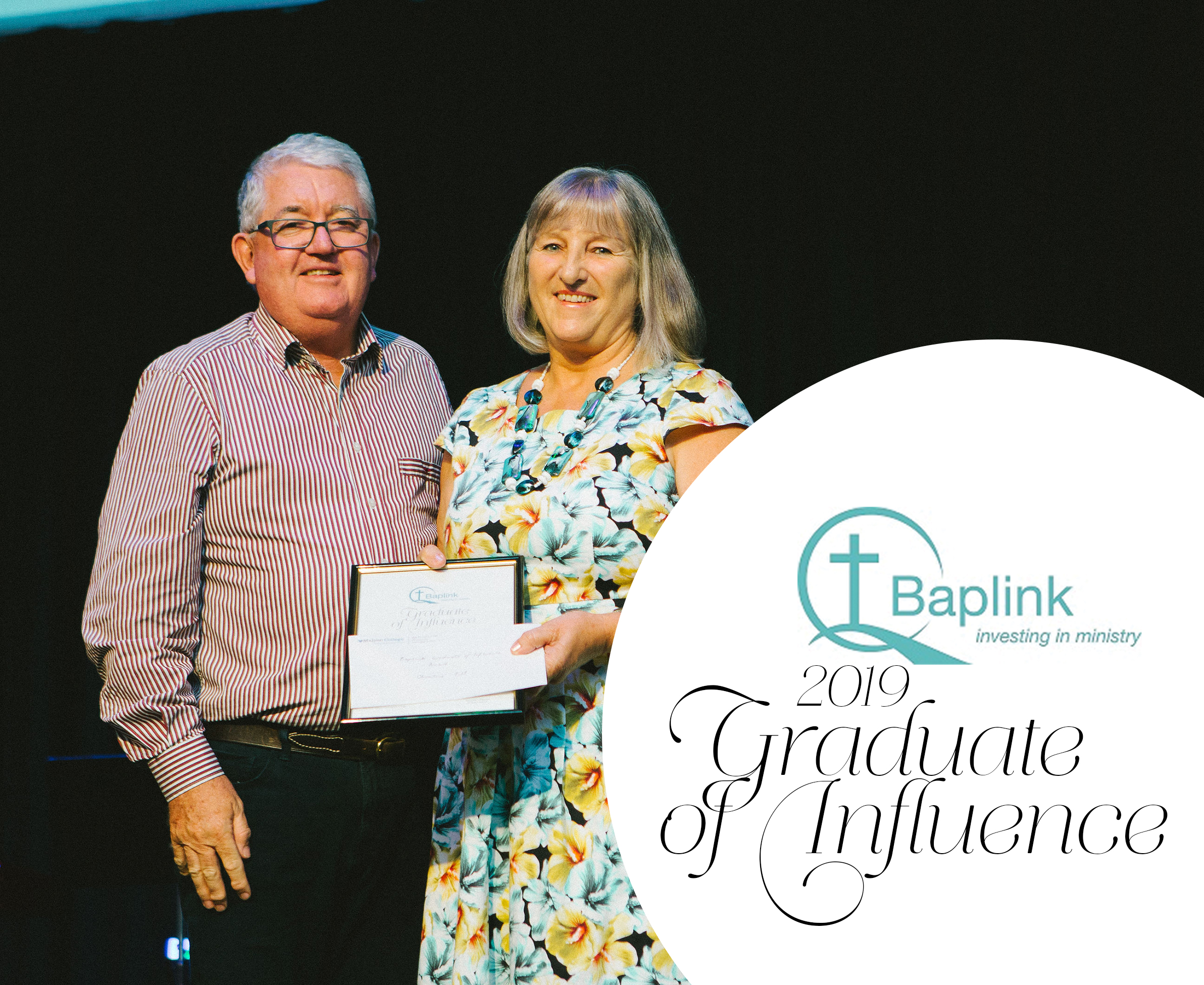 Since 2017, Baplink has generously sponsored the Graduate of Influence Award. Through this award, Baplink is recognising the significant influence of the ministry of a graduate of Malyon Theological College who is applying their education and training for the benefit of others, the blessing of the wider community, and advancement of the kingdom of God.

At Malyon Theological Collesge graduation ceremony held at the Ashgrove Baptist Church in February 2019, Christine Pilt was announced by Baplink’s manager, Robert Chapman, as the 2019 Baplink Graduate of Influence.

Christine, a mother of eight children, is a graduate of both Malyon Vocational Training and Malyon Theological College. Upon receiving the award, she referred to a treasured photograph of a turtle. This picture portrays how she sees herself and her ministry:  “faithful, loyal, slow and steady”. She said, “Someone placed him there, and the same can be said for me.”

According to Christine, winning this award keeps her

“focused on following God’s leading and being faithful to his calling on my life.”

According to the testimonies of those who nominated her, Christine has used the gifts God has given to her in numerous ways – teaching, writing, mentoring – and her faithful commitment to serving others has been appreciated and noticed by many. According to her home church, Bridgeman Baptist Community Church, Christine is an exemplary Christian, demonstrating the power of a Christian devoted to using their gifts to serve the spiritual well-being of others.